Having signed the Memorandum of Understanding with Royal University of Phnom Penh (RUPP) on March 29th, 2017, the National Astronomical Research Institute of Thailand (Public Organization) returned to Cambodia to conduct “NARIT-RUPP Human Capacity Training in Astronomy for Development 2018” during 6 – 7 December 2018. 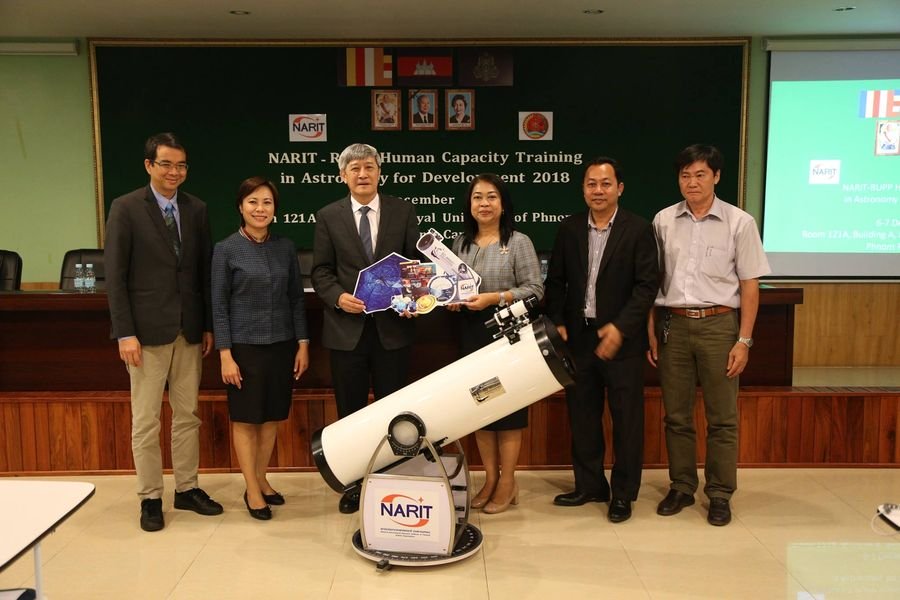 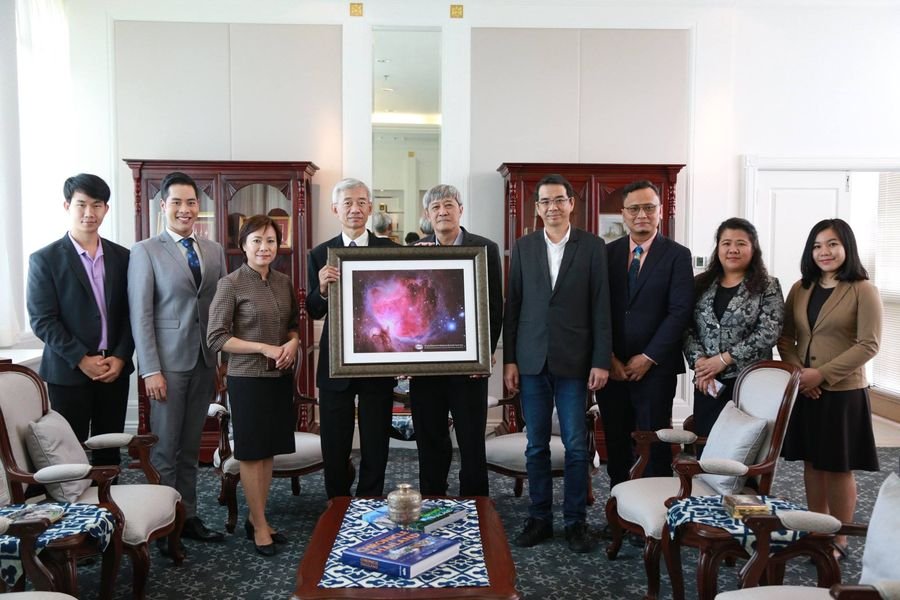 Associate Professor Peeradet Tongumpai – Chair of NARIT Executive Board led Team NARIT which comprised of Executives, Research Astronomers, Public Outreach and Foreign Affairs Officers to the Kingdom of Wonder for the second time since the MoU was inked last time on RUPP Campus in the heart of Phnom Penh Capital. The team was welcome by Madame Oum Ravy – RUPP Vice-Rector on International Relations and distinguished Deans, Vice-Deans and faculty members as well as 80 undergraduates from RUPP. Mrs. Najjsiri Nimyizhune Chookajorn - Counselor from the Royal Thai Embassy, Phnom Penh and the First Secretary were also present at the Opening Ceremony. Prof. Peeradet stressed the advancement of this scientific bilateral cooperation between Thailand and Cambodia since the MoU was signed, namely the very first joint public lectures conducted after the MoU Signing Ceremony in 2017 that housed over 100 participants, as well as the effort to include Cambodian representative into the Southeast Asia Astronomy Network (SEAAN), which was adopted by the Scientific Organizing Committee during the 9th Southeast Asia Astronomy Network Meeting 2017 in Mandalay, Myanmar. 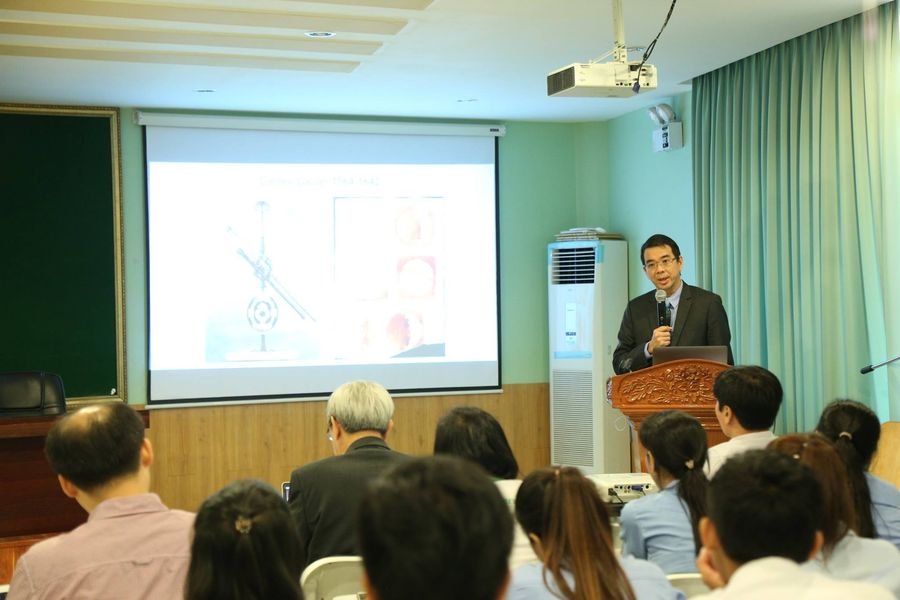 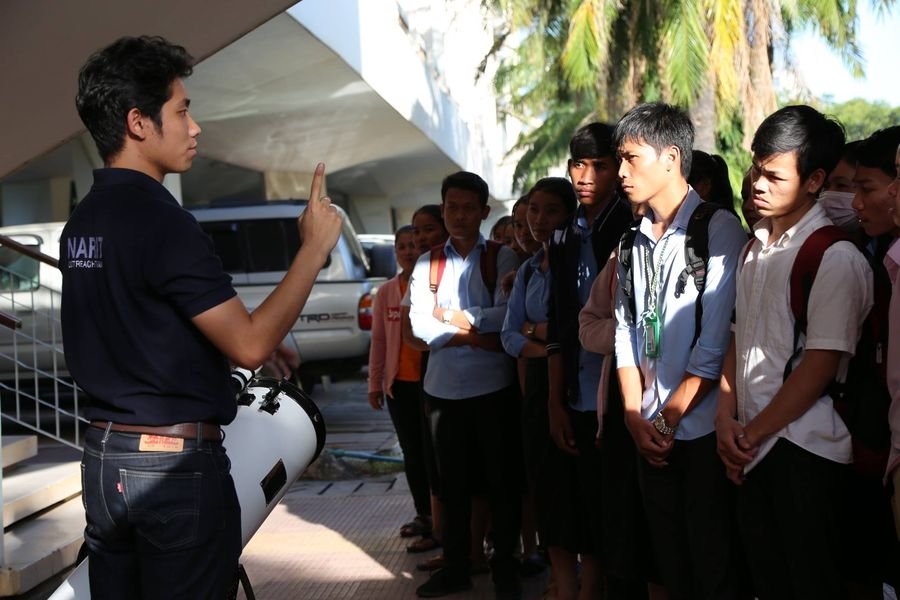 On this occasion, Dr. Saran Poshyachinda – NARIT Executive Director, gave a keynote lecture on “Public Outreach towards Southeast Asian Development”, with a case study from Thailand outreach programs and its growing infrastructures. NARIT also donated the astronomy learning toolkits to RUPP including personalized Planispheres and guidebooks of Dobsonian Telescope operation. 80 undergraduates from physics and geography departments at RUPP attended the intense training sessions, ranging from theoretical “Stellar Evolution”, “Transient and Sky Survey”, “Planet and Search for Life” to “Observation with Small Telescope”. Attendees and the public were trained with equipped techniques for the hands-on opportunity to conduct the professional day and night observations through the Dobsonian Telescope on RUPP ground. 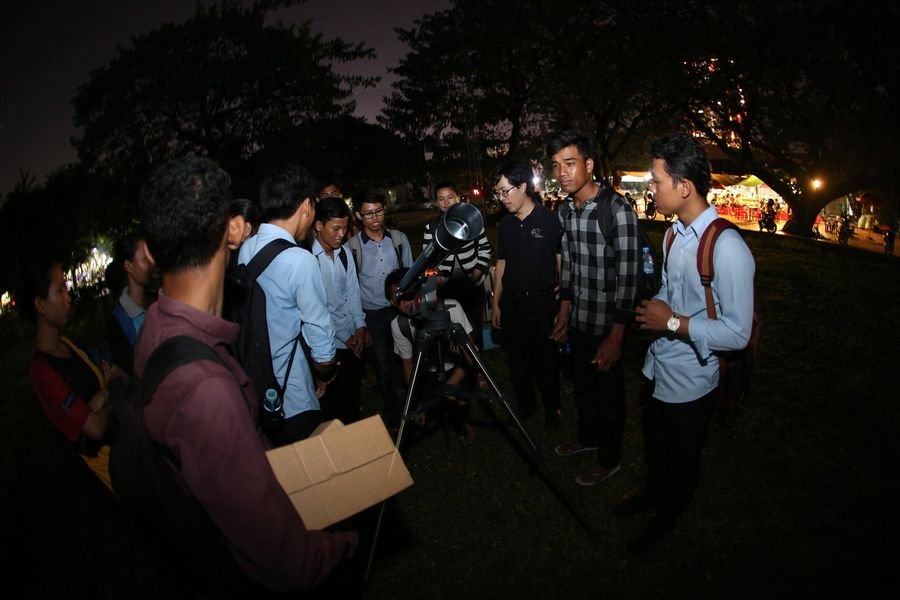 Team NARIT had an opportunity to pay a courtesy call to H.E. Panyarak Poolthup – Ambassador of Thailand to Cambodia at the Royal Thai Embassy, Phnom Penh to strengthen collaborations between Thailand and Cambodia on science and technology, and ultimately to promote science diplomacy in the region. The Royal Thai Embassy, Phnom Penh has been at the forefront of support and development between NARIT and RUPP since the first initiation. 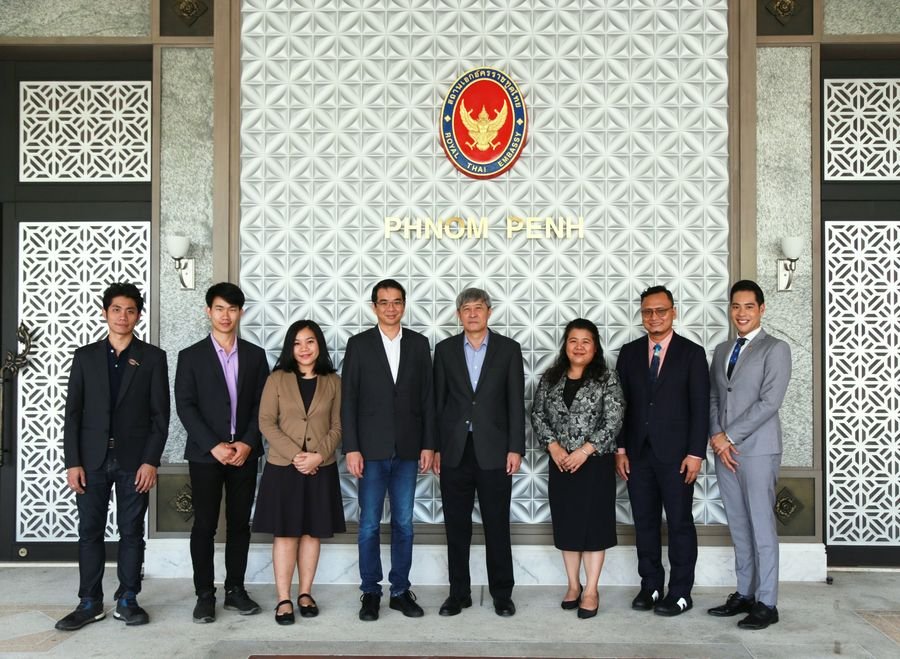 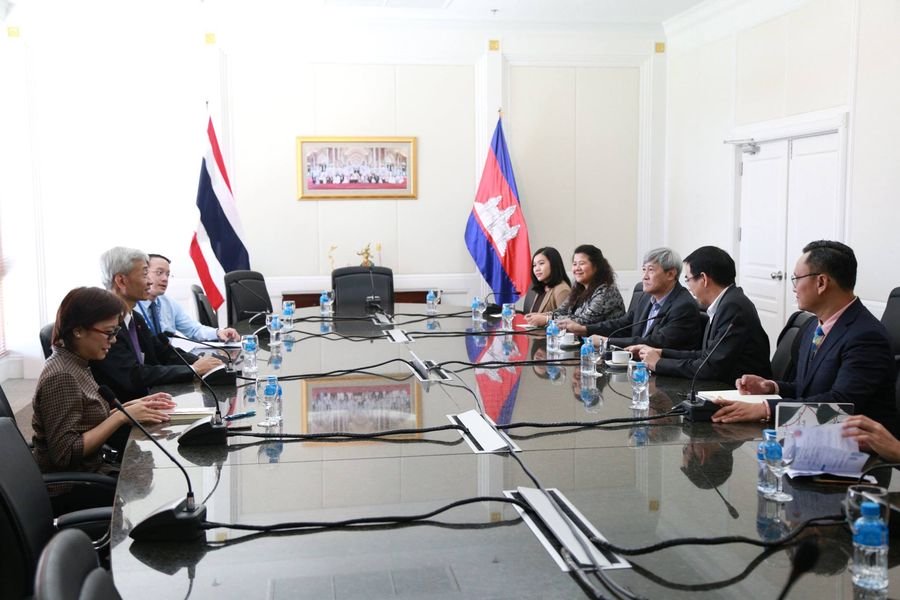 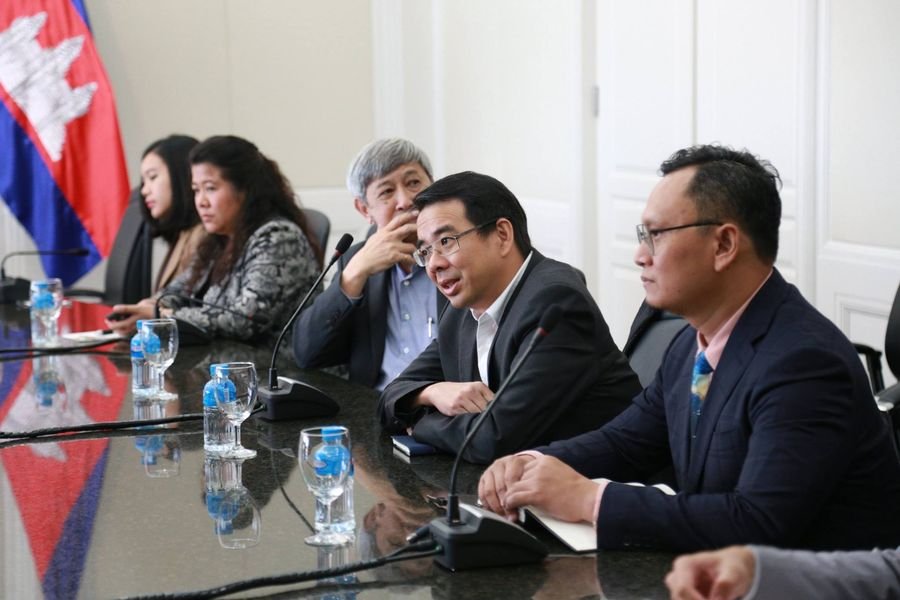