Krabi commenced an advanced platform of The 7th International VLBI Technology Workshop (IVTW2018), which gathered 40 specialists, scientists and astronomers working in the field of the Very Long Baseline Interferometer (VLBI) worldwide to brainstorm their genius works into an integrated solid work plan. In order to enhance international cooperation towards Thai VLBI Network (TVN) and the National Network for Radio Astronomy and Geodesy (NNRAG). 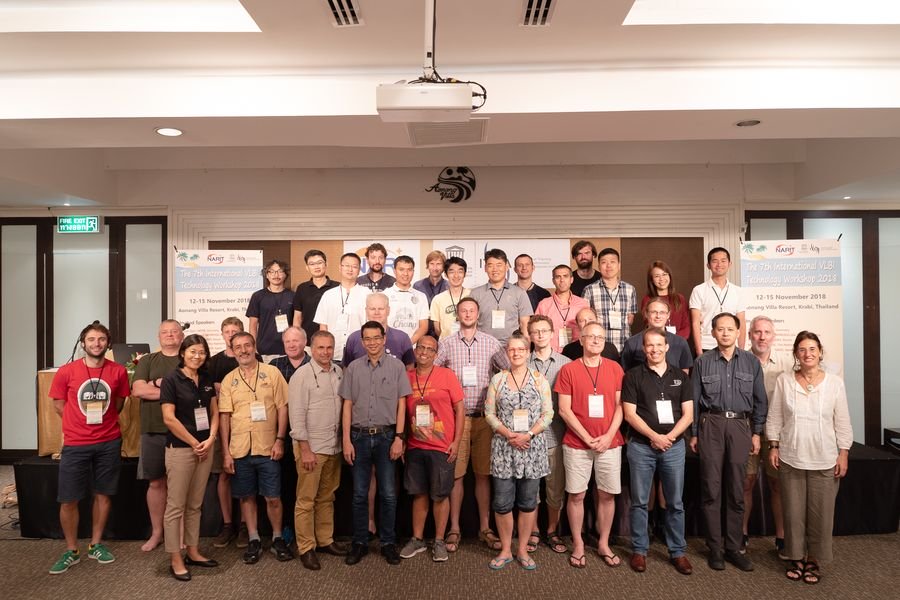 The National Astronomical Research Institute of Thailand (Public Organization), through the International Training Centre in Astronomy under the auspices of UNESCO (ITCA) hosted IVTW2018 in Ao Nang, Krabi for 4 days to consolidate the world-leading research works in various areas and branches of Radio Astronomy into a cohesive blueprint. In an attempt to connect the Thai VLBI Network with the existing and expanding regional and global VLBI networks in the mere future, NARIT has put forth its full engines towards the development of Radio Astronomy and the related fields. The 40-metre Radio Telescope or so-called “Thai National Radio Telescope” (TNRT) is currently under construction on the outskirts of Chiang Mai, Thailand. 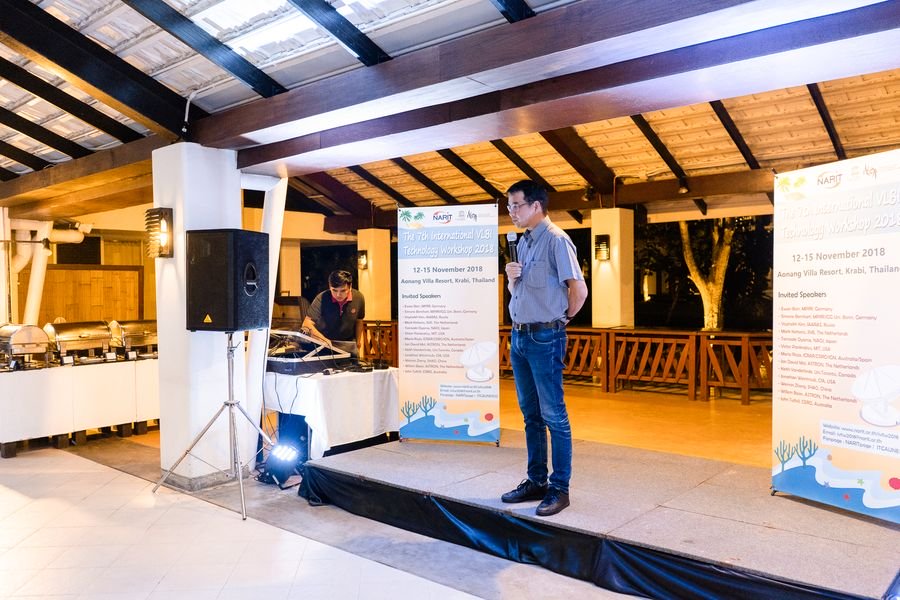 IVTW2018 comprises of many representatives from the world-renowned institutes in this specialized field namely ASTRON, MPIfR, CSIRO, JIVE, NAOJ, KASI, Shanghai Astronomical Observatory and Onsala Space Observatory. Sessions varied from the general “Networks & Observatories”, “Correlators”, “Digital Backends” to “VLBI Techniques, Data Analysis”. With wide range of topics including “A Vision for the Future of the European VLBI Network” by Michael Lindquist, “Cosmological QUOKKA, a new project extending the KVN to Australia. Towards a future Asia-Pacific VLBI Network” by Jeffrey Hodgson, “Prospects and progress of the RANGD project” by NARIT’s Phrudth Jaroenjittichai, “Development of Software Digital Filter based on GPU for East-Asian VLBI Network” by Se-Jin Oh, “VLBI Developments in Australia” by Cormac Reynolds to name just a few. The talks were wrapped up in the Panel Discussion at the end of the workshop where all participants shared and exchanged their enthusiastic ideas. 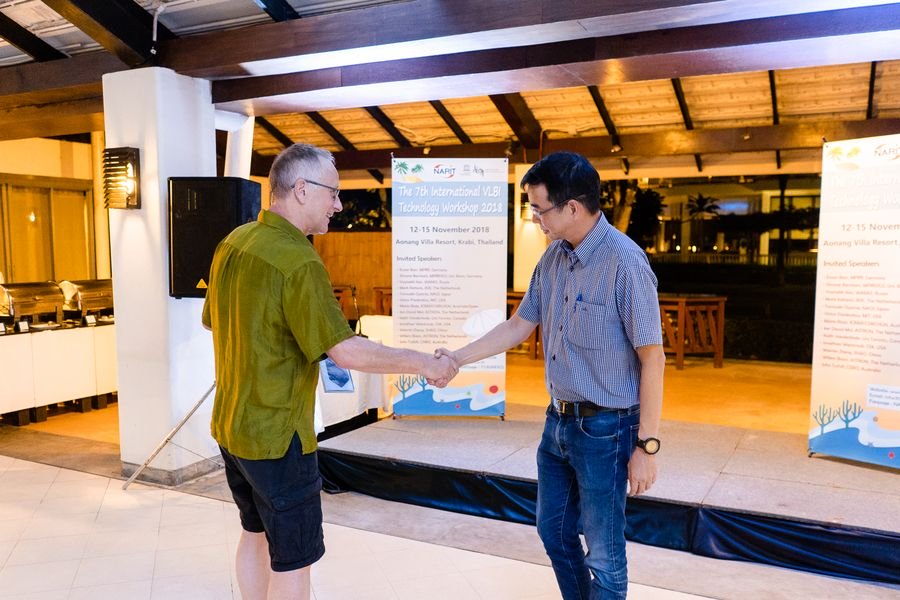 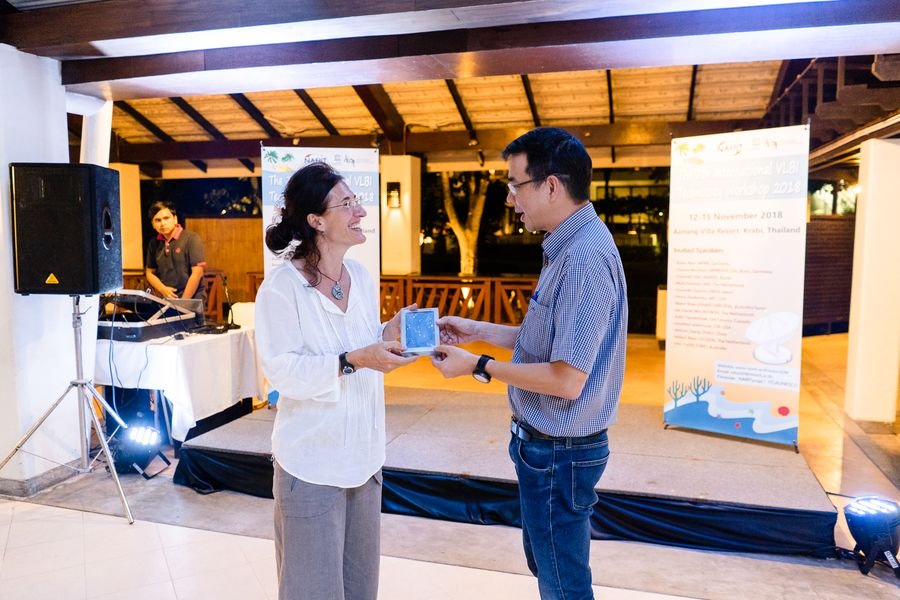 Dr. Saran Poshyachinda – NARIT Executive Director and Prof. Boonrucksar Soonthornthum – NARIT Research Advisor were also present at the event. Having mentioned his awareness on the importance of Radio Astronomy in Thailand, Dr. Saran addressed his intention to prioritize the development of Thai Radio Astronomy at NARIT over his speech, while Prof. Boonrucksar presented NARIT’s prospects and Vision for Radio Astronomy during his opening remarks. With its prime location in Northern Thailand (Chiang Mai), NARIT’s state-of-the-art 40-m Radio Telescope is expected to connect the missing dots between European VLBI Arrays and the existing networks in East Asia and Australia ultimately. 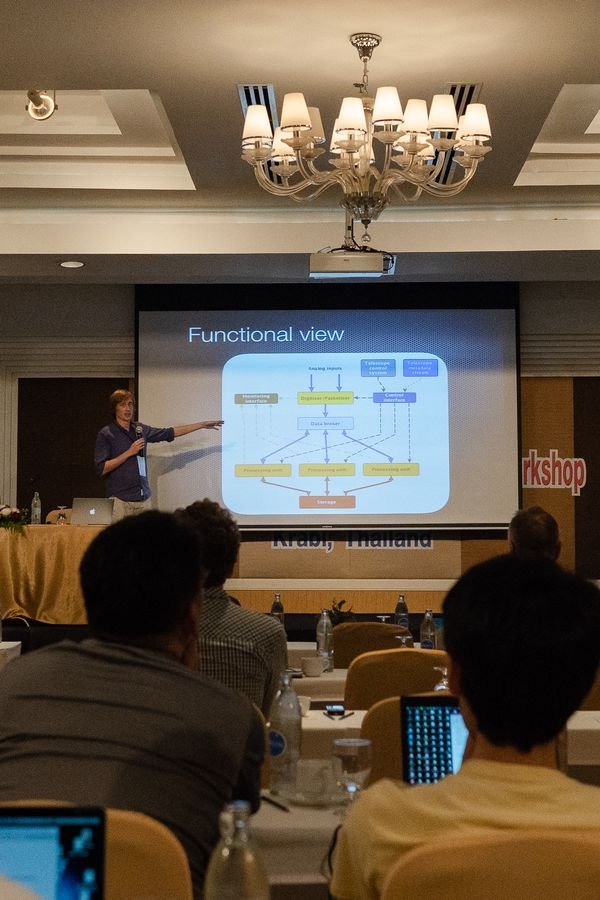