The National Astronomical Research Institute of Thailand (Public Organization), Ministry of Science and Technology hosts the opening ceremony of the Regional Observatory for the Public, Chachoengsao on 2nd February 2018. With the boundless benevolence of Her Royal Highness Princess Maha Chakri Sirindhorn, who graciously presides over the event in Wang Yen, Plaeng Yao District, Chachoengsao Province. 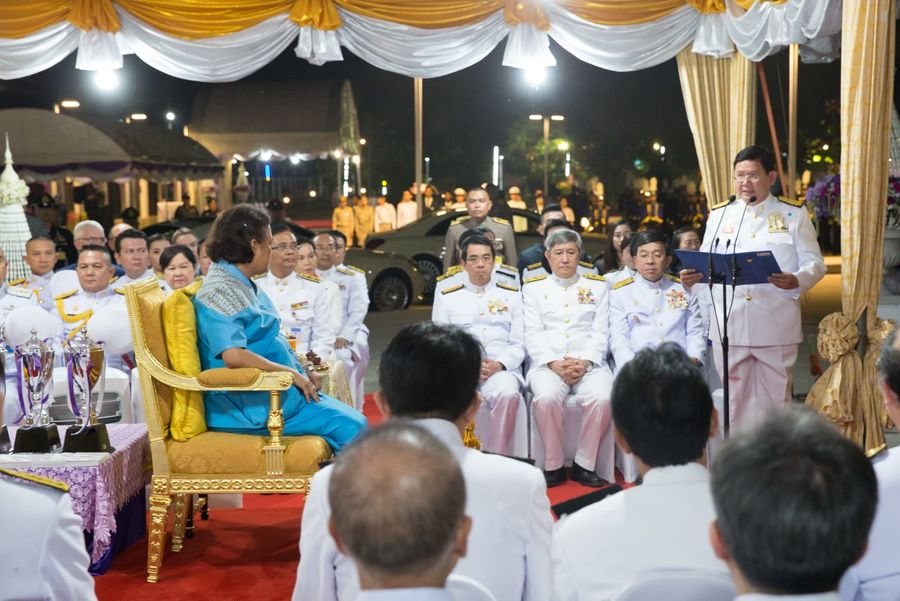 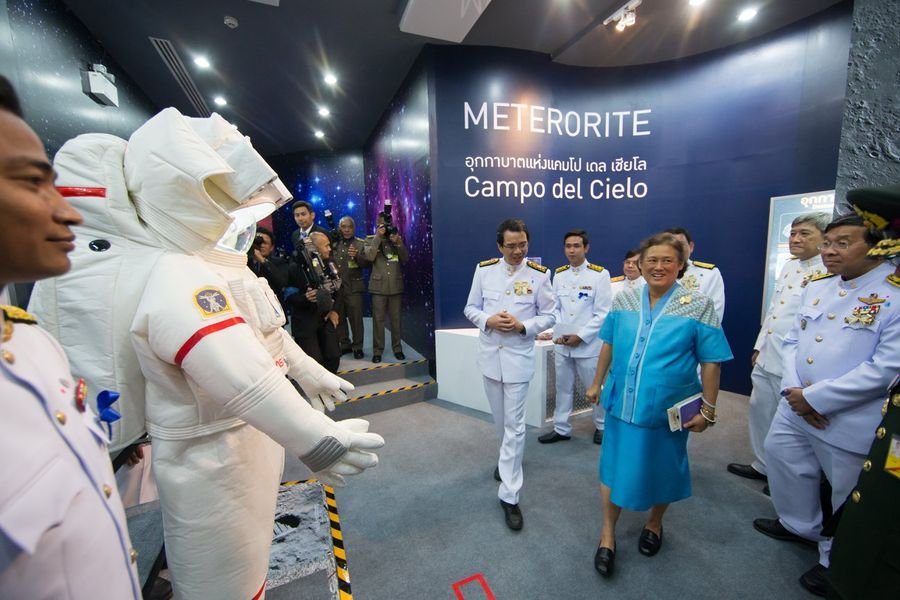 Her Royal Highness then proceeds to the platform to officially commence the ceremony opened under the name “7th Cycle Birthday Anniversary Observatory, Chachoengsao” in honour of His Majesty the late King Bhumibol Adulyadej. She then enters the exhibition hall through the Star Ceiling, signs the autograph on the metal plate, and walks through the astronomical exhibition presented in realistic interactive learning method, comprising of 14 different zones such as Cosmic Ray detector, light and spectrum detector, telescope operations, Moon phases, planet orbits and meteorites. Towards the end of the exhibition, Her Royal Highness visits the Planetarium where she watches the short film “150th Anniversary King of Siam’s Eclipse”. 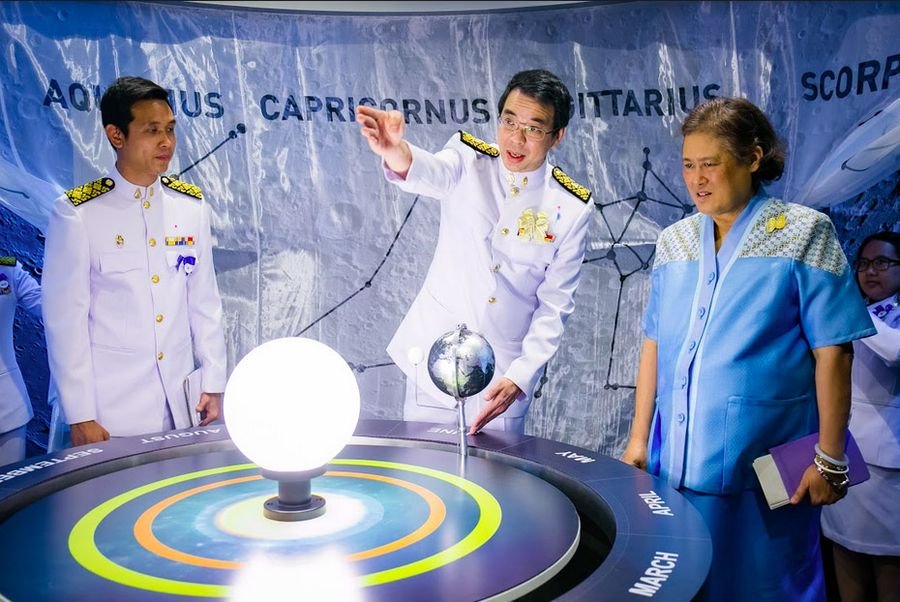 Her Royal Highness graces through the botanical garden in the observatory’s compound, where she plants a teak to set the landmark. She continues to the temporary exhibition zone on young astronomer’s research, astronomical assembly, astronomical toolkit for the blinds and young astronomical communicators – the projects under the management of the Regional Observatory for the Public, Chachoengsao. She proceeds across the Planet Walk to approach the observatory building where she observes the up-close operation of the 0.7-m optical telescope inside the dome, through which she captures the Running Man Nebula, NGC1977 image. 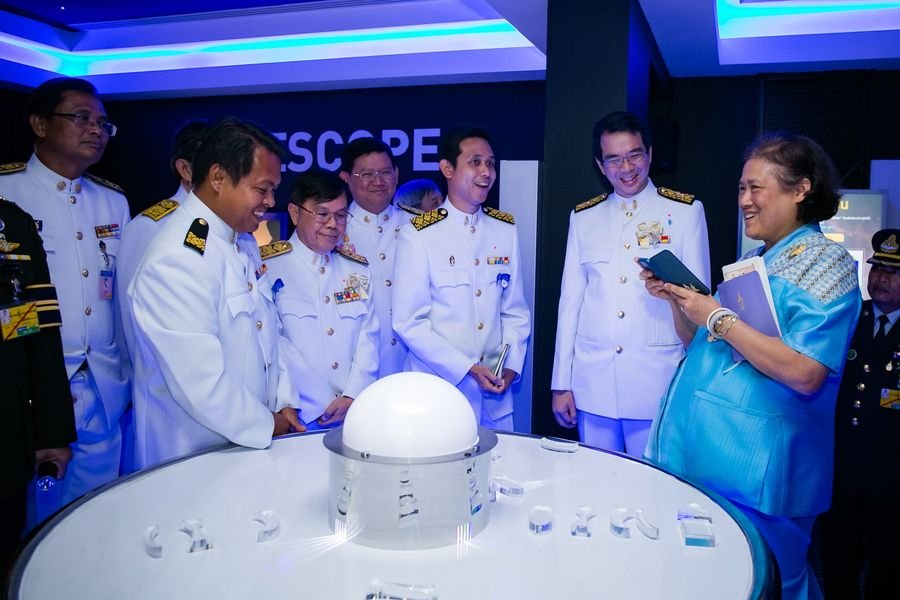 Over 500 people have gathered with pure enthusiasm and joy inside and around the Observatory compound to welcome Her Royal Highness on this official visit. The Regional Observatory for the Public, Chachoengsao is now running in full operation, with the priority to the general public, making it the second of its kind in Thailand. It is located at 999 Wang Yen, Plaeng Yao District, Chachoengsao Province, taking up the total area of 36 Rais donated by Wang Yen Temple. Its primary aim is to be a learning centre in astronomy for the general public and local educational institutions, support and promote academic outreach in the field, foster curricula as well as to become the main regional tourist attractions. The Regional Observatory for the Public, Chachoengsao opens from Tuesday – Sunday with NARIT Public Night every Saturday from 6.00pm – 10.00pm. Contact (+66) 84 088 2264 or www.narit.or.th for more information. 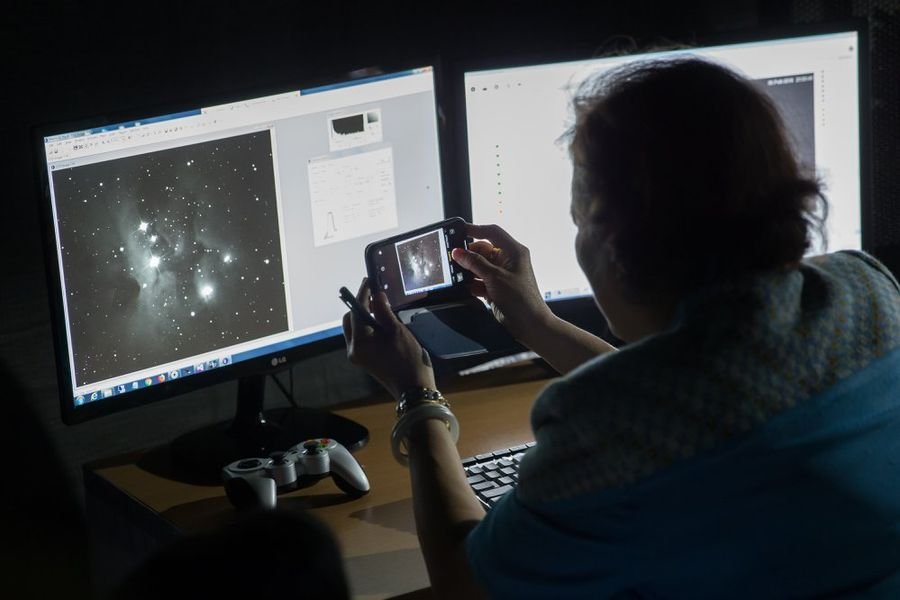