Lampung Governor M Ridho Ficardo took pride in welcoming extinguished delegates to the iconic island of Sumetra, for the very first time SEAAN 2018 marked the first official international conference every happening in Lampung. President of SEAAN – Professor Boonrucksar Soonthornthum extended his appreciation upon his remarks at the Lampung Governor’s Office. The 10th SEAAN comprised of over 30 scientific talks in various fields of astronomy namely Optical Astronomy, Theoretical Astronomy and Astrophysics, Solar Physics and Neutrino, Radio Astronomy, Space Science Education Interdiscipline (Earth and Disaster), Interdisciplinary Topics Related to Earth and Planetary Sciences. NARIT’s homegrown researcher – Dr. Nahathai Tanakul also presented her talk on Stellar populations in the Local Group thereof. A dozen of poster works exhibition was also on display at the event as well. SEAAN was aimed to create an international platform for research astronomers in Southeast Asia and beyond to share and exchange their works and ideas in different fields in order to enhance technology development and human capacity building in STEM through branches of astronomy and astrophysics in Southeast Asia. It is under the patronage of the Southeast Asian Regional Office of Astronomy for Development (SEA-ROAD), hosted by NARIT in Chiang Mai, Thailand. 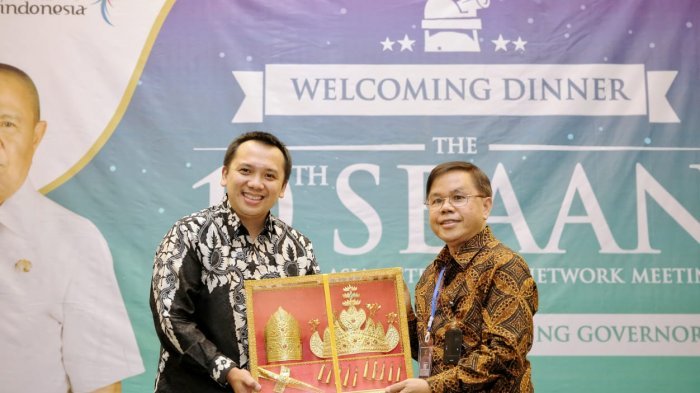 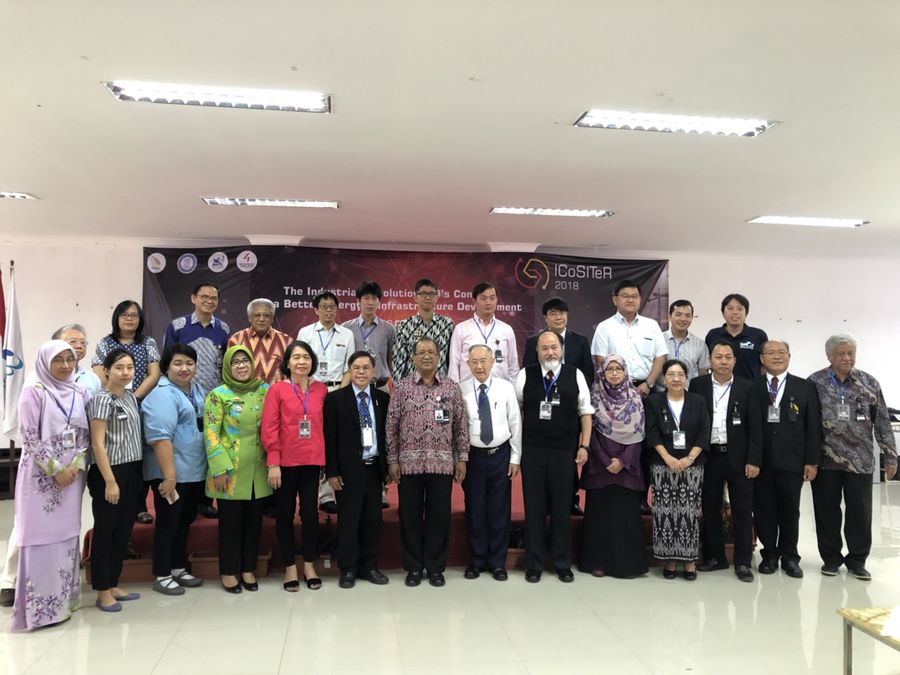 "I am on behalf of SEAAN thanking Indonesia, especially the governor of Lampung who will build the largest observatory in Southeast Asia. This certainly can help the development of astronomy and astronomers better", said SEAAN Chair. Rapid astronomical developments are currently happening and is being promoted in Indonesia, not only in terms of scientific and human resources, but also in the aspect of infrastructure. 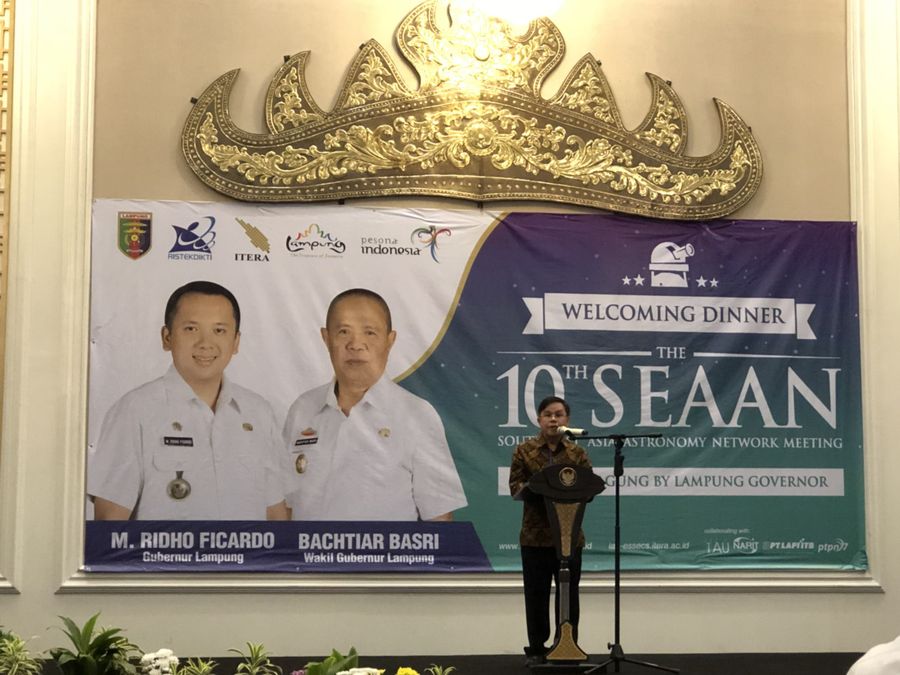 Meanwhile, Ridho stated that “At this time, the public knew the observatory only in Bandung. However, the observatory there is fairly old and the technology is left behind. Therefore, it wants to build an observatory in Lampung besides the biggest, but also with the latest technology. "The construction of observatories is also not only for the development of science, but also in accordance with the strategic policy of Lampung Province in the field of tourism. So, there will be a science-oriented tourism object happening here.” Lampung Astronomical Observatory is expected to complete and go on operation in the year 2020. 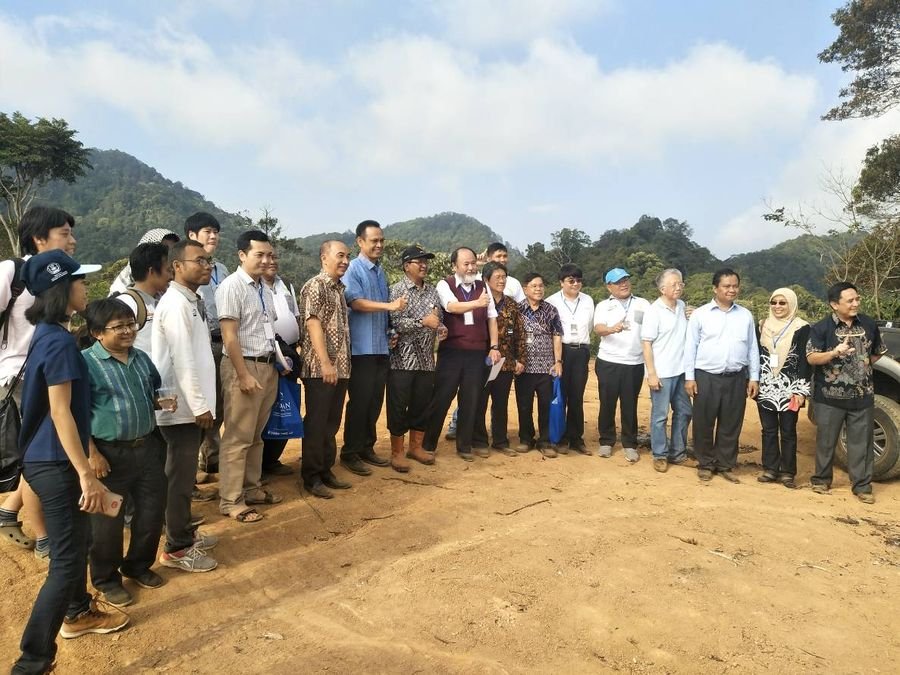 The Memorandum of Understanding between Institut Teknologi Sumatera and National Astronomical Research Institute of Thailand was also inked to mark the official commencement of the two aforementioned parties in research and education cooperation in astronomy and astrophysics revolving around personnel, infrastructures, observational instruments, joint projects and other related schemes. The MoU went into force and is valid for six years. 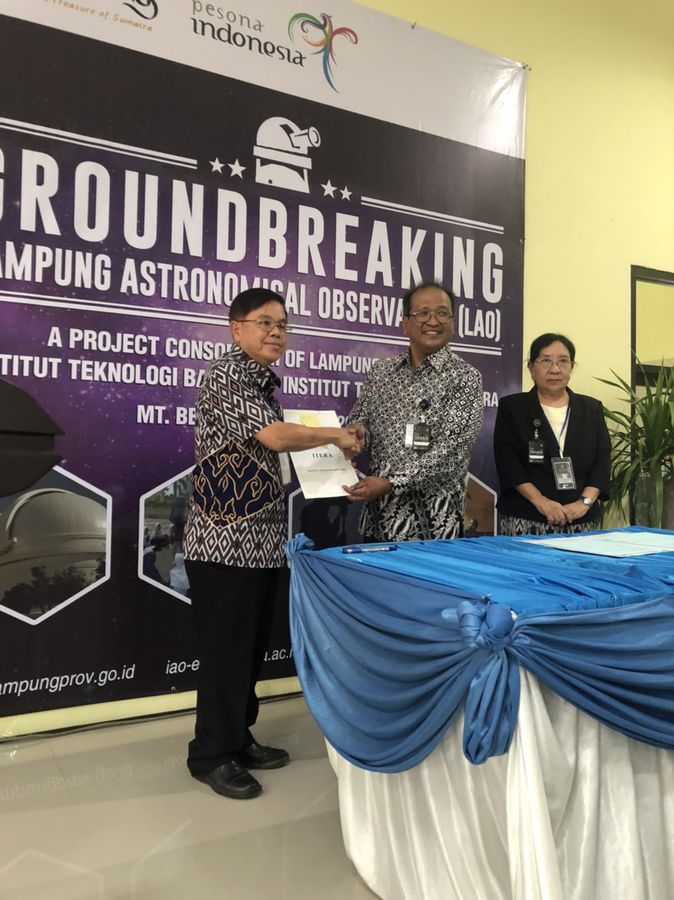 The 10th SEAAN 2018 in Lampung turned out to be a great success for astronomy development in Indonesia and Southeast Asia. The 11th SEAAN 2019 will be hosted by the National University of Singapore (NUS) in Singapore in December 2019. Until then…Terima Kasih!