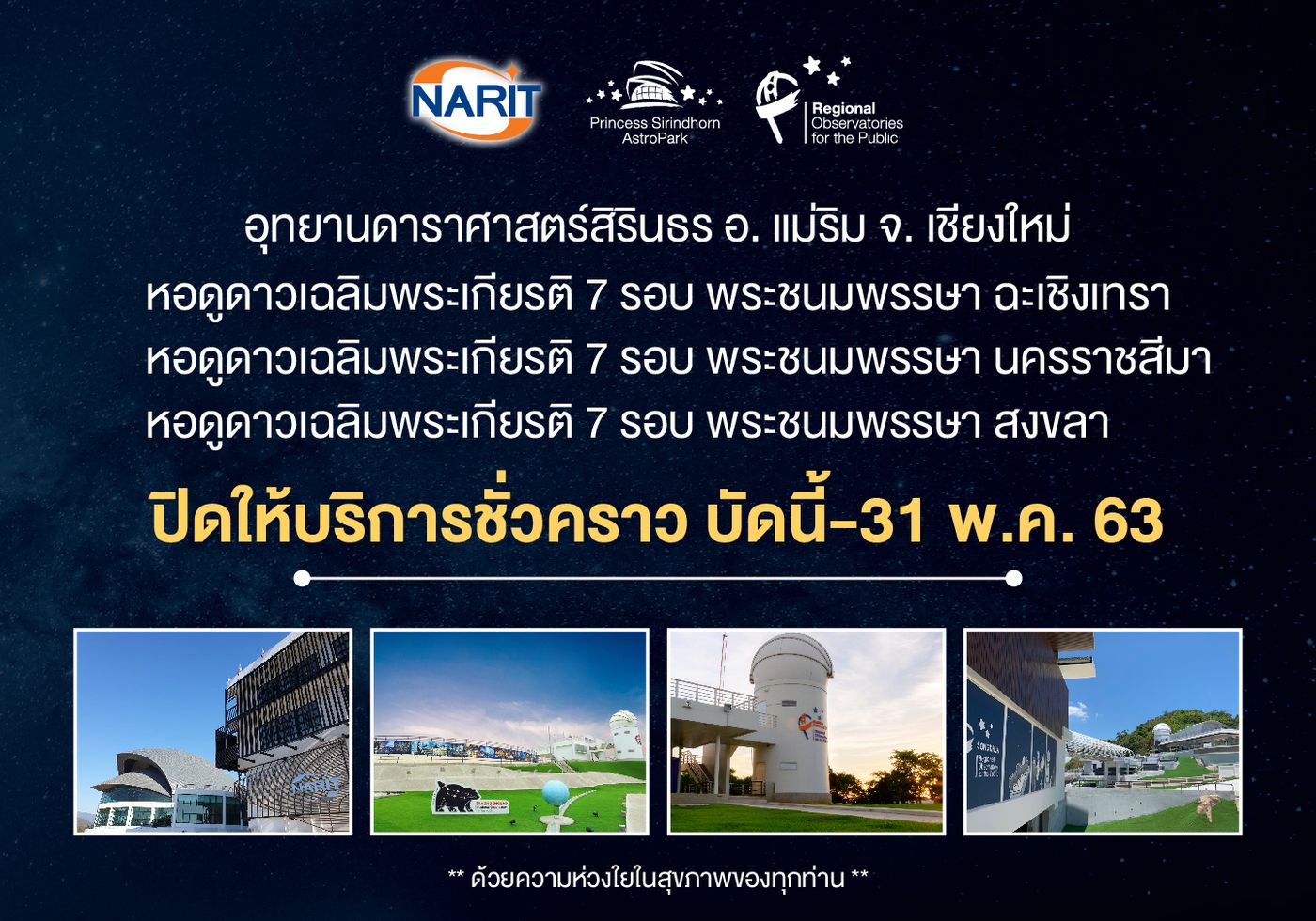 Brent Tully is an internationally recognized and highly awarded astronomer who is also very active in communicating his research to the public. In his talk at Chiang Mai University, he will explain where we are located – in a cosmic context – and how astronomers are able to explore the fascinating structures of our extragalactic neighbourhood. 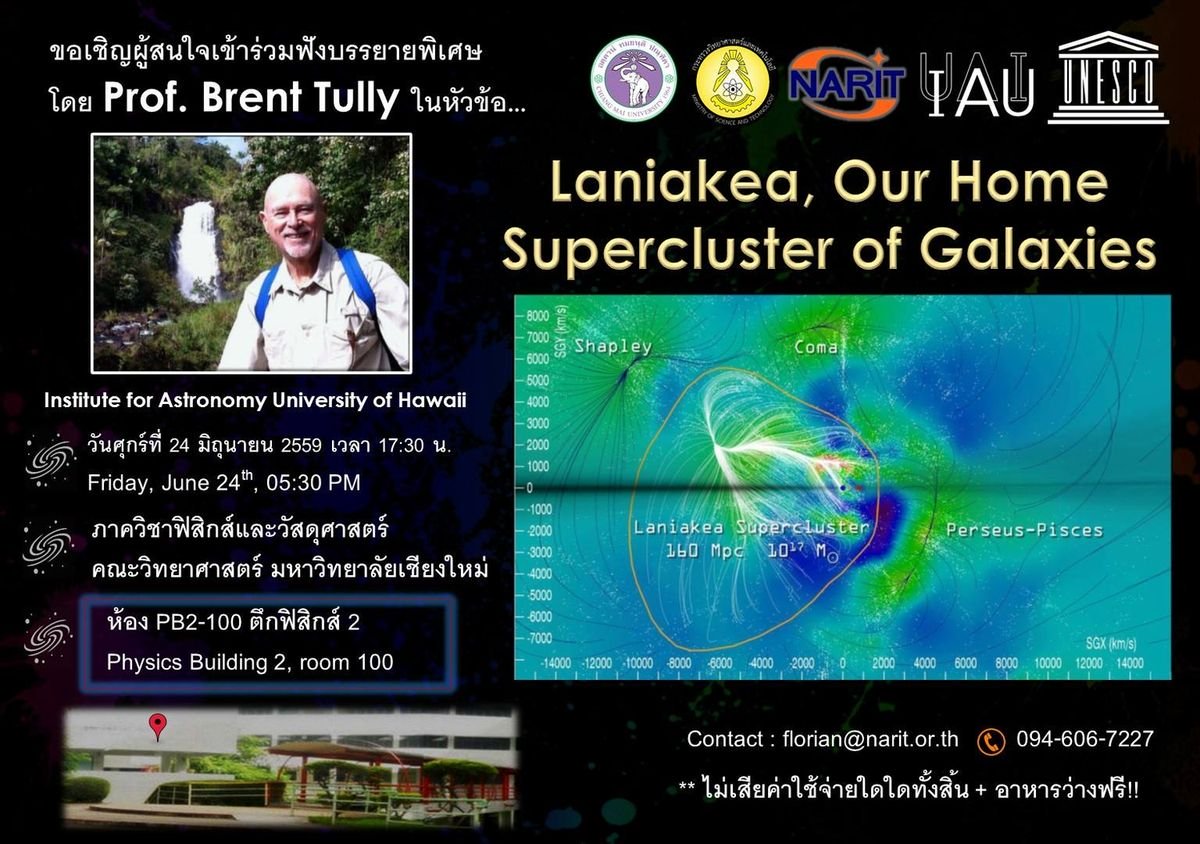 Laniakea, Our Home Supercluster of Galaxies

Our Milky Way galaxy is only one of an unfathomably large number of galaxies that formed through the pull of gravity from tiny ripples in the caldron of the Big Bang. Most of the gravity was supplied by a mysterious “dark matter”. Galaxies are moving toward higher concentrations of dark matter and away from voids. Boundaries can be established that separate different basins of gravitational attraction, in a manner analogous to the distinction between watersheds on Earth. We call our basin of attraction “Laniakea Supercluster”, a region of 100,000 galaxies and containing a mass 100 quadrillion times the mass of the Sun.